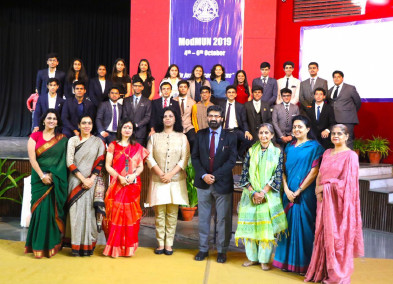 In a world plagued by differences in ideology and situation, the only obvious cure is the capacity for rational discourse. To this end, from the 4th to the 6th of October 2019, the MUN Society of Modern School, Barakhamba Road upheld its legacy of fostering the afore-mentioned power of diplomatic discussion, with the eighth edition of ModMUN. With more than 700 students from schools across India converging at the conference, the Sir Shankar Lal Hall was packed to the brim during the opening ceremony. The Chief Guest for the same was Ambassador Deepa Wadhwa , who is a distinguished career diplomat in the Indian Foreign Services. She spoke in great detail about the importance of maintaining diplomatic relations with other countries and also gave us a deep insight into the UN’s role in combating climate change. Following this, the delegates were soon shuffled into the 11 committees being simulated. 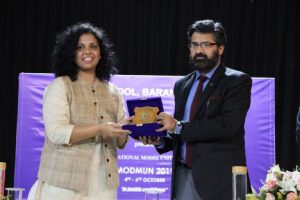 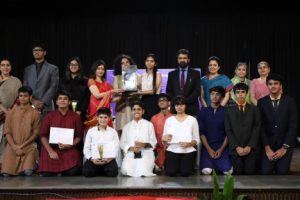 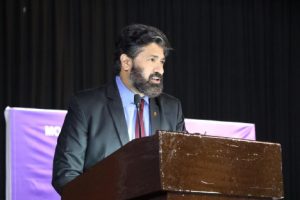 The first was the UN General Assembly. Being a double delegation committee, it was the largest committee simulated at ModMUN 2019, with students who took it upon themselves to confront the climate crisis the humankind faces today. Next up was perhaps the most significant body in international relations, the UN Security Council, whose small size was countered by its ability to issue binding resolutions, thereby enabling heated debate on the situation unfolding in Palestine. The UN Economic and Social Commission for Asia and the Pacific took up the problem of trade and investment in Asia and the Pacific, and sought to promote regional economic cooperation.

Meanwhile, the Special Committee on Peacekeeping Operations invariably tackled the pressing issue of accountability, conduct and discipline in peacekeeping operations, along with mainstreaming gender in the same. Furthering its reputation as a pioneering approach to MUNs, ModMUN featured a simulation of the UN Human Rights Council, which discussed the situation of human rights in Yemen. The Alliance of Small Island States, also a double delegation committee, saw heated debate as the delegates attempted to develop mechanisms to ensure compliance for the success of the Paris agreement. 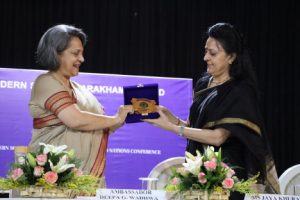 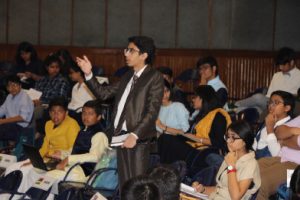 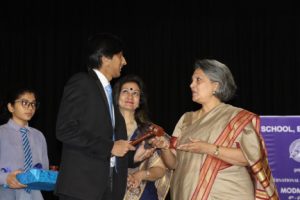 These were accompanied by more specialized agencies, including the National Security Council of India, which found itself in a state of crisis throughout its three-day run with the central theme revolving around internal security threats. Also notable was the All India Political Parties Meet, which sought to prevent the communal riots following the Babri Masjid demolition from tearing the nation apart. But perhaps, most significant were the Iran Nuclear Negotiation Committee, a flagship committee of ModMUN, seen for the first time in the Delhi MUN Circuit, which sought to  renegotiate the historic Iran Nuclear Deal, and the White House Situation Room which also received crisis updates throughout the course of the three days.

These committees were also supplemented by the workings of an International Press that worked tirelessly throughout the conference, producing numerous articles and photographs. ModMUN culminated with the closing ceremony being graced by the presence of Ms. Rakhee Mayuri, the Under Secretary of the Ministry of External Affairs. By organizing one of the largest conferences of the region, the MUN Society of our school has once again displayed the immense power of effective communication and enlightened deliberation. 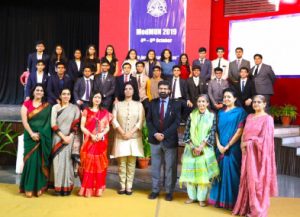