“Self Realization cannot be achieved by the weak willed.”

Modern School is synonymous with quality education and is a pioneer in mooting all-round development and to foster an all-round growth in its wards. 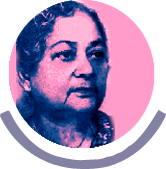 Ms Kamala Bose was the Principal for 27 years, ever since the school's inception in 1920, to the dawn of Independence of India in 1947.

She established the the foundations of Modern School with her tireless endeavour. She and her staff laid down a tradition of excellence. When she retired in 1947, a search for her successor took place. 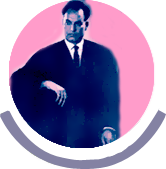 Earlier Mr M N Kapoor served as an illustrious member of the erudite faculty of Mayo College Ajmer. 1947 was a tumultuous year for India. India was not only going through the euphoria of the end of The British Raj, but also through the throes of partition with Pakistan. Many Muslim students left the school to migrate to Pakistan. Hindu-Muslim tensions enveloped the sub-continent. During this time, Mr MN Kapoor took the helm of this ship and charted its course for thirty years. Under his able guidance, the school touched new heights of success and established itself as the premier high school in India. Topping the All-India Merit Lists, excellence in sports, and cultural activities, Modern School embodied the core of India. Not just a school for the elite, but a school with equality of class, creed, caste, and sex. Various luminaries visited the school over the years. Mr Kapoor always encouraged students to interact with these personalities, and often quoted them to inspire the student body in the assembly. Mr Kapoor was a noted educationist of his time. His articles, published as a series in The Statesman, provide a glimpse into his philosophy. 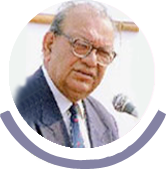 After obtaining post graduate degrees in English and Sociology, he embarked on his career as a teacher of English in Modern School. In the year 1970-71, he was awarded the Fulbright Scholarship to teach English in a High School in a small town called Fort Wayne USA. He served as the Staff Advisor to the school magazine ‘Sandesh’ and ‘Adarsh’. He left Modern School in 1977 to take over as Principal of the Army Public School, Dhaula Kuan. In 1982 he was entrusted the responsibility of nurturing the values of secularism, humanity, catholicity of temper and ability to face crisis as Principal of Modern School. Modern School stood for excellence and he attempted to fulfil the Founder's vision of a modern education. The first Blood Donation Camp was held in his tenure, which is still held every year. The construction of the Squash Courts were also added to the inventory of the school. Modern School added another jewel to its own crown in the form of the Platinum Jubilee Block which is equipped with modern Laboratories, Lecture Demonstration rooms and a mini multi-purpose hall for audio-visual facility. He retired in the year 1996 after successfully ensuring an all-round development and refinement of the students’ personality which forms a distinguishing feature of Modern School. 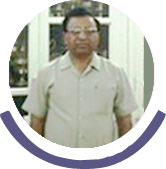 He started the journey from being a Maths teacher in 1971 to later spearheading Modern School as its Principal. He was a Maths teacher par excellence and climbed the proverbial ladder with utmost sincerity and dedication. He took over the charge of "Ranjit House" from Mr Ved Vyas as the House Master in 1972 and continued it till he became the Principal in 1996. In 1974 he became the Head of the Mathematics Department succeeding Mr Kanwar Juneja. In the year 1996 he was rightly honoured with the post of Principal, Modern School Barakhamba Road. Besides being a good human being he has a sound academic background. The unending list of his achievements include being the Head Examiner, CBSE and the CEO for marking scheme (All India) for Mathematics (class XII). 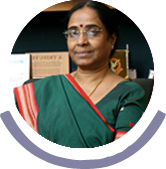 Ms Lata Vaidyanathan (M.Sc. M.Ed.) is a veteran educationist who stands dedicated and committed to the promotion of child-centred education. During her illustrious career well over a couple of decades, she was the Principal of Bhartiya Vidya Bhawan’s school at Chandigarh and the Founder Principal of Eicher School at Parwanoo. She has spearheaded the movement for ensuring burden-free education & joyful learning for children. She firmly believes that each child is unique and that the educational system should facilitate and address the uniqueness and individuality of each child. According to her, art, music, dance, sports and other cultural activities form an integral part of education. As a practitioner of Multiple Intelligence approach to the learning process, she seeks to ensure that the class room transaction is oriented towards meeting the individual’s needs and in ensuring Total Quality Management in education. On invitation and with Boeing’s sponsorship, she has visited twenty one schools and six universities including Harvard in the U.S.A. She has authored many books for pre-primary and primary school children. She was privileged to have been selected to attend the classroom teaching course titled “The Project Zero Classroom 2004’ at the Harvard Graduate School of Education at Cambridge, Massachusetts, USA under Programmes in Professional Education during the summer vacation of 2004 for understanding the concept of ‘Understanding’ at classroom level. She has been honoured with the ‘National Award to Teachers’ for the year 2003 which was given to her by the President of India on 5th September 2004.